Showing posts from October, 2021
Show all

REDISCOVERY OF GOD’S FAVOR IN HIS WORD

Selected Scriptures   On July 6, 1415, John Hus was stripped of his clerical robes, decorated with a dunce cap embellished with drawings of demons, tied to a stake, and burned to death. According to an eyewitness account, he entrusted his soul to God and sang a hymn to Christ as the flames enclosed him. Once he was dead, the authorities ground up his remains and cast them into the Rhine River to keep them from being venerated by his followers.  It is said that John Hus expressed in a letter he wrote during his imprisonment, “A hope that stronger "birds" than he would arise to carry on his work.”  History of the church revealed to the world that it wasn’t a church at all but an institution seeking power, not gospel saving.  Historians of this period called it “Before the Light, Darkness”  This darkness was felt theologically, religiously and spiritually . Which led to darkness … socially, economically, politically, and education.   On October 31 st on the Eve of “
Post a Comment
Read more

THIS LIGHT SUFFERING IS OUR HOPE OF FUTURE GLORY 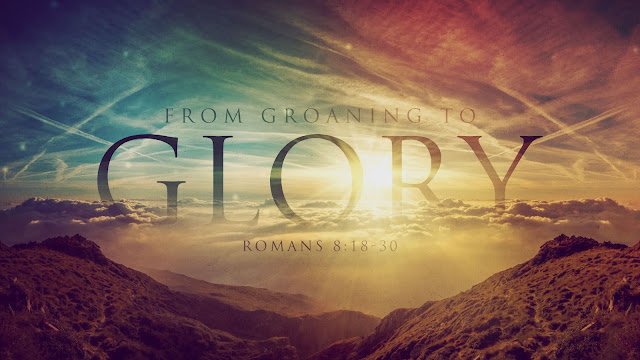 Rom 8:18-30   God’s promises are not all positive in the Christian life   Paul said these comforting words in an uncomfortable time as we go through this life of suffering in Christ. “Grace to you and peace from God our Father and the Lord Jesus Christ. Blessed be the God and Father of our Lord Jesus Christ, the Father of mercies and God of all comfort, who comforts us in all our affliction, so that we may be able to comfort those who are in any affliction, with the comfort with which we ourselves are comforted by God. For as we share abundantly in Christ's sufferings, so through Christ we share abundantly in comfort too. If we are afflicted, it is for your comfort and salvation; and if we are comforted, it is for your comfort, which you experience when you patiently endure the same sufferings that we suffer. Our hope for you is unshaken, for we know that as you share in our sufferings, you will also share in our comfort .” 2 Cor 1:2-7   We need to understand that t
Post a Comment
Read more
More posts