Showing posts from January, 2016
Show all

THIS IS NOT MAN’S GOSPEL

Gal 1:10-24 As we continue in Paul’s letter to the churches there is an underlining truth that we never want to forget.  That truth is……. The gospel is God’s story, not man’s invention.  And this is what makes other religious groups, social groups and so on, very upset. Because they hate the suggestion and the dogmatic stand the word of God proclaims that there is only one way to Heaven. But, if Paul watered down or changed the message to fit every persons religious understandings and ideas of what they believe…then Paul would be pleasing men rather than God.  That’s why he says “For am I now seeking the approval of man, or of God? Or am I trying to please man? If I were still trying to please man, I would not be a servant of Christ.” Gal 1:10.  In fact he would be inviting the wrath of God to fall upon himself as he already stated twice previously. See, this gospel is all about how God by His good grace saves bad people. And as my fellow brother Art Azurdia says “Ar
Post a Comment
Read more

AN UNCHANGING MESSAGE FOR AN EVER CHANGING WORLD 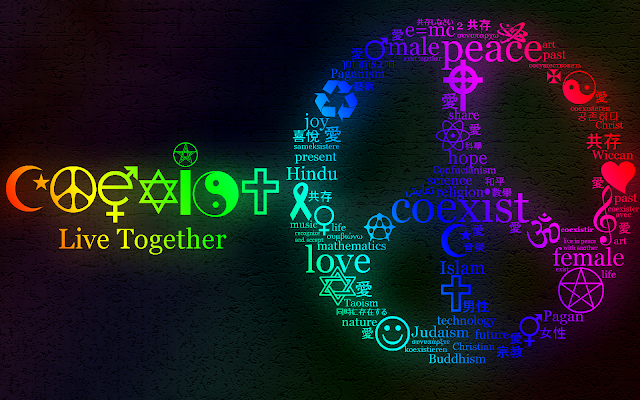 Gal 1:6-9 I want to start by asking a two part question!  Are all religions the same? And do we all worship the same God?  The reason I ask that question is because of the latest comments the Pope made this past week in a video. Francis contends that all the religions of the world simply represent mankind’s diversity in seeking God. He says that despite the differing beliefs, everyone is a child of the same God.  Francis said this and I quote “Many think differently, feel differently, seeking God or meeting God in different ways,” he states. “In this crowd, in this range of religions, there is only one certainty that we have for all: we are all children of God."  If that is true than why did Jesus say this to the Pharisee’s “You are of your father the devil, and your will is to do your father's desires. He was a murderer from the beginning, and does not stand in the truth, because there is no truth in him. When he lies, he speaks out of his own character, for h
Post a Comment
Read more

ITS ALL ABOUT GRACE

Gal 1:1-5 The gospel has and always will be about this one simple truth; a truth that has become a stumbling block for many people today......and that is the gospel is all about grace.  Not just any "ole grace", but God’s perfect, abundant and unmerited grace that he gives to under-seeing sinners like you and me. It’s this one truth, that sets the bar to God relentless mercy and long-suffering that He has towards you and me. It’s this one truth that blows the mind of self-righteous man thinking to himself “how could God do such a thing.”  As the Pharisee’s said “And the scribes of the Pharisees, when they saw that he was eating with sinners and tax collectors, said to his disciples, "Why does he eat with tax collectors and sinners?" Mark 2:16. How could he sit and eat dinner with such wicked and evil people. Sadly, people then and now misunderstand this grace. This only creates confusion and ideas of ways to finding grace or working to win favor with G
Post a Comment
Read more
More posts