Showing posts from November, 2014
Show all

A FRIEND IN HIGH PLACES 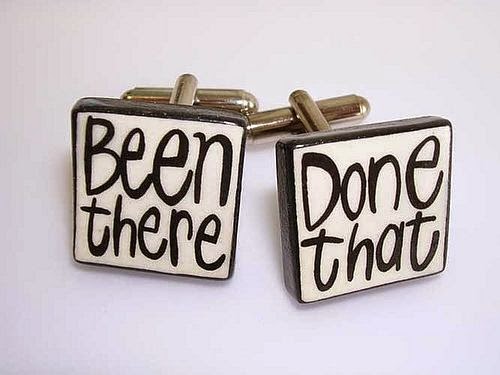 Heb 4:14-26 We have all used the expression,  "Been there, done that!"   When we say, "Been there, done that," we can usually relate to what a person is going through! I came across an example of this though my studying this week. A story about a boy who had lost an arm in a terrible accident. The story says “He had become bitter and depressed. “He withdrew into a shell and refused to see the people who came to try to cheer him up.  But he experienced an abrupt change of heart when he was visited by another Christian who suffered from a similar handicap [this reminded me of my buddy Darrell].  The sight of that one-armed man coming into his room gave the youngster new hope. He felt he had found someone who could really identify with him and his feelings. His outlook immediately improved." It was if that one armed man was saying to that boy,  "Been there, done that!"  Another story I came across was about a man named Booth Tucker, who was co
Post a Comment
Read more

That Is The Grace

Luke 15:11-32 I want us to look at one of the greatest acts of grace that anyone could show someone. I also want us to look at a story that has spoken to my heart on many occasions as a reminder of God’s love for me. It’s a story that displays the mercy of God when we make mistakes. It’s a story of the natural state of man…lost and without Christ. It’s a story that represents all that God is and the complete dependence we have to be accepted into His family. It’s a story about each and every one of here this morning, those who are saved and those who are still wandering the streets trying to fulfill self. Ask yourself this question! Why does the world get so fascinated by the idea of wanting to live in the big city. Take for example  Toronto! With all its shopping, restaurants and everything a person needs just outside their door almost  fascinates  and draws people to herself.  The city is so convenient and makes things easier to get when everything is so close and access
Post a Comment
Read more
More posts